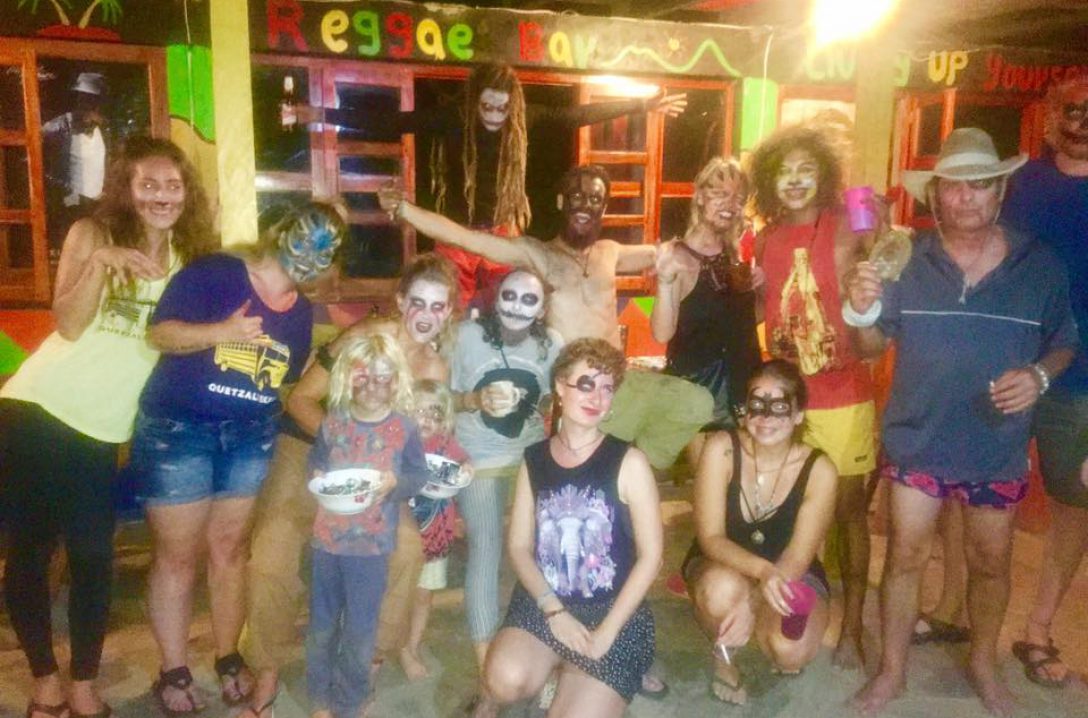 We need a house!

So having decided to go ahead with the project, the first job is to decide where to build our house and clear the land. Employing 4 local men to help, Dan set about clearing the area with machetes, a very useful and extremely common tool used. It is far from uncommon to see people and even children walking around with a machete attached to them! Dan struggled to keep up, these guys have grown up wielding a machete and there was also the fact that their machetes were longer than the one Dan had purchased, school boy error his machete was suitable for opening coconuts but not for clearing land! Hard labour in a hot climate of 35degrees +!

This picture shows the machetes they were using and the larger one Dan eventually bought, his small one is not in the picture! 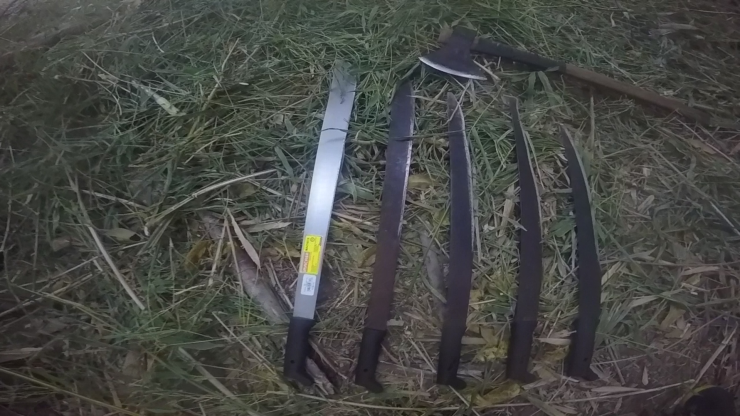 Once the land was clear it needed to be levelled out…….moving many volcanic rocks and earth to have a good solid foundation and flat surrounding area for the house. This took around 2 weeks of manual labour!

Moving rocks and the view of Lake Nicaragua! 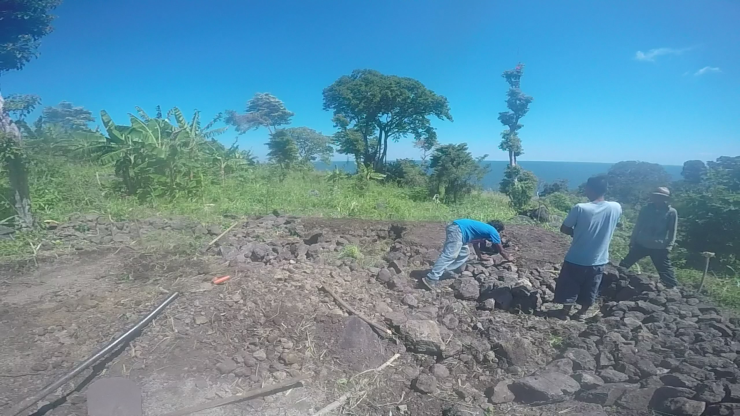 The ground was ready for us to dig the holes that will have the 8 posts for our round house. Another labour intensive job, 8 holes, a meter deep and dealing with rock not far below the ground made it had going!

The foundations with a view of Volcan Maderas in the background! 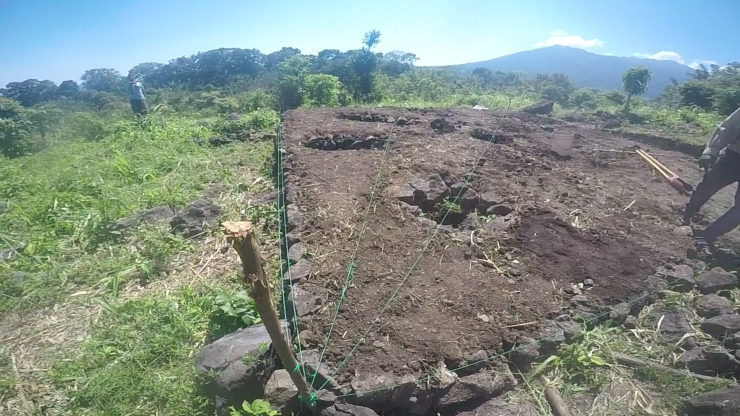 The posts were all salvaged from fallen trees on the property, initially chainsawed in to rough 2 by 4’s and then planed into a useable state. 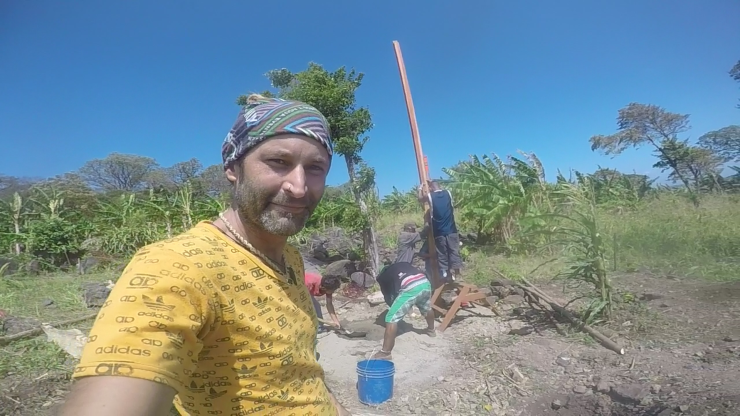 Post number 1! These needed to be secured with concrete and then a  narrow concrete surround circles the house for the adobe walls to be laid on as this will be a 3 storey home.

The start of our house has begun……….

Being part of the change

We are trying to make a difference in Nicaragua, your donations would help us to help others. Nicaragua is suffering at the moment under political issues and the tourism industry has been hit hard. All donations will enable us to continue to support the local community, employ local people and work towards a more sustainable future. Many thank you’s in advance!

We are a family of four, we are currently pursuing a new life to live in harmony with nature, produce as much of our own food as possible, live off grid and sustainably. We want to help and encourage others to do the same! View all posts by ournewlifenicaragua

Connect with us here: